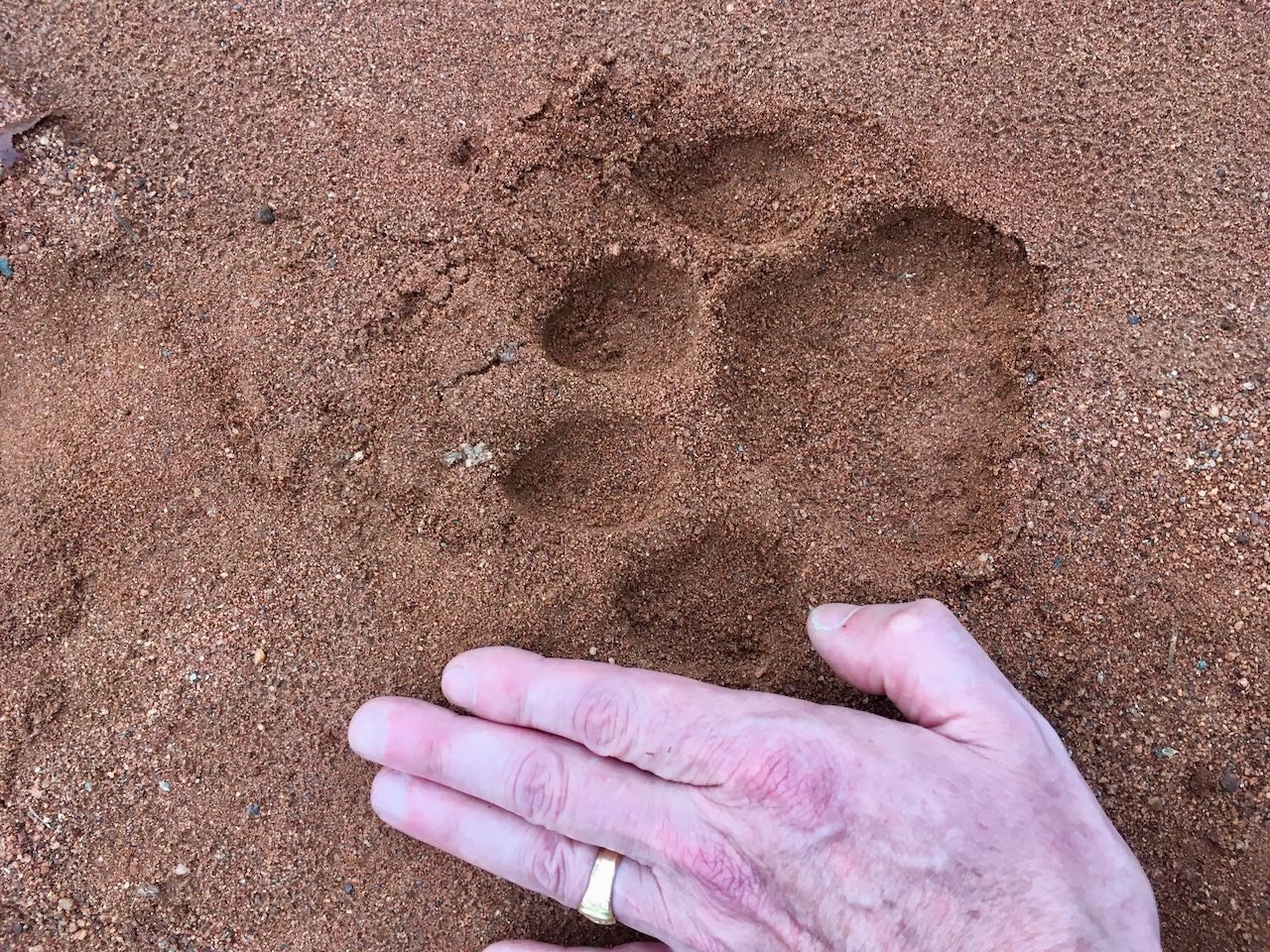 The inevitable question that follows cats and tracking in the same sentence is whether there are big cats resident in the UK. I’ve been tracking and observing wildlife in Britain for over 40 years and I have not seen any tracks or signs of big cats resident in this country, despite ‘tip-offs’ and reports from countrymen, farmers, outdoor professionals and even reliable authorities. I have also tracked animals in Africa so I know first hand what big cat tracks and sign looks like. Most cat sightings and alleged big cat kills I have been called out to investigate are either dog kills, secondary predation by foxes or badgers, or sightings of animals that have not been substantiated by the evidence on the ground. Indeed the sighting was often of another object or animal entirely. Many mistake exotic cat breeds like the Bengal or Abyssinian for ‘big cats’.

It’s not that I disbelieve what people have said they have seen; it’s just that I don’t believe they actually saw what they think they saw. Let me try to explain:

The human sense of sight is not as accurate as we think it is. It is aligned to our primitive defence mechanisms, ultimately assisting our survival instinct. In our primitive past we had to make split-second decisions to protect ourselves from ever-present dangers. We have extremely good eyesight compared to some mammals, but only 10% of what we actually ‘see’ ends up on our retina. This is because we tend to glimpse at things and then immediately start to rapidly process the visual information to decide whether it’s a threat or not. In other words we are making a guess or assumption on what we are seeing, based on what we have already seen in our lives, which is already stored in our memory like a database. We literally make up the rest of the image and try to get the best possible match to it. This invariably ends up with inaccuracies an misconceptions.

If we have never seen something before, we have real trouble processing the information as ‘truth.’ We’ve all heard the phrase “I don’t believe what I’m seeing.” It is a virtual self-disbelief in something we’ve never actually seen before. The edges of reality and supposition start to become blurred and other factors including culture, storytelling, myth and upbringing come into play. We may even start to see something we have already seen in our lives somewhere else or even see what we want to see. This is a well-documented phenomena. This is especially true at dusk or at night when our vision changes from ‘hunter/attack’ mode to ‘prey/defence’ mode. We go into twilight reaction called the Pukinje Effect.

When it’s dark not only do we lose our colour vision as the rods in our eyes take over from the cones that provide us with our full colour imaging, but we also lose our sense of depth perception and ability to judge distance and scale. Still objects tend to move and take on mysterious shapes. Ask any ex-serviceman about night vision and they will say never stare at things at night, but look to one side of it otherwise even static trees start to look and move like an enemy soldier.

We should also consider that a truly ‘black’ coated animal (not just a winter dark-coloured phase) is what is called a melanistic version of the species. Melanism is not rare in some species, and in terms of big cats it is most common in jaguars and leopards but otherwise somewhat rare. If you take the 2,000 big cat sightings reported in Britain every year, most of them described as black in colour, we would have more of these big cats in the UK than in the whole of Southern Africa!

Just as an aside – the picture is of a proper Big Cat – a lion. I haven’t got huge hands but nevertheless. Also note there are no claw marks in the track as with all big cats apart from cheetahs and, to a lesser degree – and you have to look really closely – leopards.

Nevertheless: look over your shoulder when you see a round track larger than a 50p piece! You just never know!